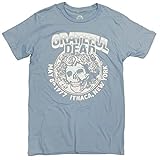 Fitting your Grateful Dead Ithaca New York Adult T-Shirt tee is very crucial. The t-shirt fit completes your design, so know the particular type of fit you are looking for ahead of time. The most popular kinds of tee shirt fits consist of classic, fitted, slim fit, and oversized.

The tee shirts are made from a range of cloth and products. Each kind of material is normally looked after in a different way. The most typical tee shirt materials are 100% cotton and cotton blended with polyester (cotton-poly). Other tee shirt materials and combinations can consist of spandex, linen, and rayon. Inspect the hang tag on your tshirt to see the kind of material. Take care of the t-shirt accordingly.

Follow these guidelines when washing your Grateful Dead Ithaca New York Adult T-Shirt tee. Cleaning and drying your shirt depends upon the kind of tee shirt material. Read the tag on the t shirt for the textile type and care instructions. You should care for it by machine washing with cold water if your tee shirt is made out of 100% cotton. Use only non-chlorine bleach if you want to restore colors. It is suggested to not use fabric softeners in the washing machine with tee shirts. After washing, place the damp t-shirts in the dryer and tumble dry on low heat until the t shirt material, collars, and hems are dry. Take out clothing after the drying cycle is complete. Optionally, air dry any much heavier clothing items which are not entirely dry yet or redry in a smaller load on a much shorter, timed drying cycle.

The most ideal practice is to wash your t-shirts based on color loads like lights and darks. Color contamination usually occurs when washing white t-shirts with other high saturation colors like reds, blues, browns, and blacks.

Tee shirt storage is necessary to keep your Ripple Junction tee shirts looking their nicest. T-shirts can be placed on a coat hanger to keep the shirts wrinkle-free and hung on a clothes rack or bar in the closet. The t-shirts can likewise be folded neatly and placed into a drawer or stacked on a closet rack.

The following information applies to Grateful Dead Ithaca New York Adult T-Shirt graphic shirts. The art on your tee shirt are frequently a huge part of what makes it so your favorite thing to wear! Keep your shirt logos looking tidy and fresh by caring for your brand’s tshirt properly. When tossing your shirt in the laundry, turning your t-shirt inside out can help protect the graphic art. When drying your graphic t-shirt, use low heat dryer settings because high heat can break the screen prints and graphics.

There are several types of t-shirt graphic applications consisting of silkscreen printing, dye sublimation, heat press printing, direct to garment printing, and other comparable treatments. Silkscreen printing is one of the most typical and popular techniques for designing Ripple Junction t-shirts.

Question: What type of material is the t-shirt made out of?
Answer: These t-shirts are usually cotton or cotton and poly blends. Refer to the Grateful Dead Ithaca New York Adult T-Shirt product description.

Question: How should I clean a Ripple Junction t-shirt?
Answer: Place your Ripple Junction tee in the washing machine or as directed by the t-shirt’s tag. Be cautious using hot water while washing or high heat while drying given that the higher temperature level can cause the material to shrink.

Question: If my Grateful Dead Ithaca New York Adult T-Shirt tee is too big, can I shrink it?
Answer: You can try shrinking your tee-shirt by washing it in hot water and drying it on high heat. This helps the shirt material shrink.

Question: If my Grateful Dead Ithaca New York Adult T-Shirt tee is too little, can I enlarge it?
Answer: Not usually. Tee shirt fabric can shrink when heat is applied to the material, but the fabric can not be enlarged or stretched well.

Question: What kinds of colors should I combine in the washing machine?
Answer: Place like colors together while washing tee shirts. This consists of darks with darks or mediums and lights with other lights or white colored clothes.

Question: How resilient is the t-shirt material?
Answer: You can potentially expect the shirt to last for a very long time if taken care of adequately.

Question: Are the shirt’s seams and hems double stitched?
Answer: Check out the tee shirt item description. Lots of shirt hems and seams are double or triple sewn and can have zigzag stitching too for included longevity.

Question: How should I store my tee shirts?
Answer: T-shirts are best put away folded in a drawer or hung on a coat hanger to prevent wrinkles. 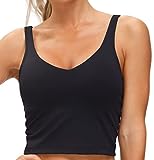