Fitting your Grateful Dead Adult Unisex Steal Your Face Vintage Light Weight Crew T-Shirt tee is extremely essential. The tee shirt fit determines your design, so understand the specific style of fit you are looking for ahead of time. The predominant kinds of t-shirt fits consist of classic, fitted, slim fit, and oversized.

The t-shirts are made from a variety of fabrics and materials. The most typical tee shirt materials are 100% cotton and cotton blended with polyester (cotton-poly). Examine the tag on your tshirt to see the type of fabric and care instructions.

Follow these guidelines when washing your Grateful Dead Adult Unisex Steal Your Face Vintage Light Weight Crew T-Shirt tee. If your t-shirt is made out of 100% cotton, you must care for it by machine washing using cold water. It is advised to not use fabric softeners in the washing machine with tee shirts. After washing, place the damp t-shirts in the dryer and tumble dry on low heat until the shirt material, collars, and hems are dry.

The best practice is to wash your tee shirts based on color loads like lights and darks. Color contamination normally takes place when washing white tee shirts with other high saturation colors like reds, blues, browns, and blacks.

Tee-shirt storage is essential to keep your Ripple Junction t shirts looking their best. T-shirts can be put on a coat hanger to keep the t-shirts hung and wrinkle-free on a clothing rack or bar in the closet. The t shirts can also be folded neatly and placed into a drawer or kept on a closet shelf.

The following information applies to Grateful Dead Adult Unisex Steal Your Face Vintage Light Weight Crew T-Shirt graphic shirts. When placing your shirt into the wash, turning your t-shirt inside out can help protect the graphic art. When drying your graphic tshirt, choose lower heat because higher heat can damage the screen prints and graphics.

There are numerous kinds of tee-shirt graphic applications consisting of silkscreen printing, dye sublimation, heat press printing, direct to garment printing, and other comparable methods. Silkscreen printing is one of the most standard and popular methods for Ripple Junction t-shirts.

Question: What sort of material is the t-shirt made out of?
Answer: These t-shirts are generally cotton or cotton and poly blends. Refer to the Grateful Dead Adult Unisex Steal Your Face Vintage Light Weight Crew T-Shirt item description.

Question: How should I clean a Ripple Junction tee shirt?
Answer: Place your Ripple Junction tee in the washing machine or as directed by the shirt’s tag. Be careful using hot water while cleaning or high heat while drying given that the greater temperature can cause the material to shrink.

Question: If my Grateful Dead Adult Unisex Steal Your Face Vintage Light Weight Crew T-Shirt tee is too big, can I shrink it?
Answer: You can try shrinking your tee-shirt by rinsing it in hot water and drying it on high heat. This helps the shirt material shrink.

Question: If my Grateful Dead Adult Unisex Steal Your Face Vintage Light Weight Crew T-Shirt tee is too little, can I enlarge it?
Answer: Not generally. T-shirt fabric can shrink when heat is applied to the material, but the material can not be enlarged or stretched very well.

Question: What types of colors should I combine in the washing machine?
Answer: Place like colors together while washing tee shirts. This includes darks with darks or mediums and lights with other lights or white colored clothing.

Question: How durable is the t-shirt material?
Answer: You can potentially anticipate the shirt to last for a long period of time if looked after adequately.

Question: How should I store my tee shirts?
Answer: Tee shirts are best stored folded in a drawer or hung on a coat hanger to prevent wrinkles. 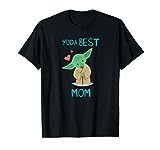